Since The Last of Us came out in 2013, it seems like PlayStation has been struggling to keep the originality it had when it was new to the world of videogames. Back then, its consoles had lots of variety with games such as Shadow of the Colossus, Vib-Ribbon, Okamiand Silent Hill 2. That’s without mentioning third-party titles like Grand Theft Auto III, Tony Hawk 4and Time Splitters. It was all over the place, which was a good thing. Sony published many games with unique styles, gameplay mechanics, stories, etc. Flash forward to now, where it feels every game it releases is a third-person action-adventure game that emphasizes story and graphics instead of gameplay mechanics and uniqueness. I’d argue that endeavor is a losing battle and an ultimately costly mistake that will have dire consequences. So let’s discuss why that is and why PlayStation should return to the old ways of doing things.

First of all, this unoriginality has led to PlayStation lacking the creativity it had in its early years, and it also likely means that games cost more to make while leading to long stretches where there isn’t anything to play on the PS5 and PS4. Secondly, the endless stream of remakes and remasters is oversaturating Sony’s lineup, making many fans refuse to buy the new system because there isn’t much new on the console, causing games to blend. Focusing on remaking a game that’s already playable on the system via other means is pointless and merely chasing the money and graphics trend. For example, The Last of Us Part I and the rumored Horizon Zero Dawn remaster. Both these titles were playable on the PlayStation 5 in their original state, making the console seem worthless to PS4 owners who have already played them. I also don’t think chasing graphics is a good choice in the first place because that can only get you so far, and sooner or later, you will have to wake up and smell the roses. Can we put the “graphics are everything” mindset to bed, please? Thank you.

However, that’s not to say remakes don’t have some worth. They’re an excellent way to allow players who might have missed out on the prior generation a chance to play the titles they missed, which is always good. What isn’t good is when almost the entire lineup of your shiny console is filled with these games bringing a feeling of blandness instead of uniqueness. It gets even worse, too, because with the pandemic causing supply shortages worldwide, Sony chose to raise the price of the PS5 by £100. Considering the fact that many people still don’t own a PS5 due to these shortages causing prices to skyrocket to a ridiculous degree, this business decision makes it even less likely for those who are short on funds to find a PS5 for themselves. It seems like Sony has been making mistake after mistake, giving it a sinister look both in the press and in fans’ minds. 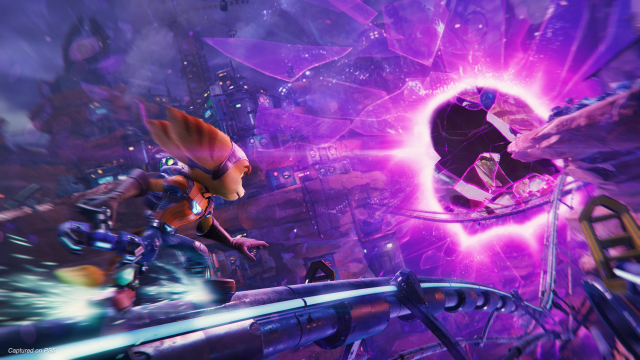 There are some positives, though. PlayStation has a great lineup of titles, with God of War: Ragnarok releasing this November and Ratchet & Clank: Rift Apart being a worthy successor to the reboot from 2016, albeit with less interesting characters and plot. Some also prefer these types of games. They like their plot-heavy games with superb visuals, memorable characters, and a focus on linearity. That’s fine; it just isn’t that fun or interesting, you know? At least to me.

That brings me to my next point. Growing up, I was a big fan of PlayStation, and I played its games to death, especially Ratchet & Clank 3 and Burnout 3: Takedown. Nowadays, though, ever since I got my Nintendo Switch, I rarely ever turn on my PlayStation 4. So, an avid fan changed his mind due to lame business practices and a bland lineup of first-party titles. Does that look good on Sony? No, not even a little.