Yes, it has happened. The internet has found their next unlikeliest heartthrob to ‘thirst over,’ and it is none other than British actor Jonny Lee Miller, who plays the Tory Prime Minister John Major in The Crown Season 5. Miller is most know for playing Simon ‘Sick Boy’ Williamson in the dark comedy Trainspotting. He has since featured in Elementary, Dark Shadows, Byzantium, Melinda and Melinda, and Trainspotting 2 among other projects.

The Twitter is abuzz with all kinds of thirsty tweets for the actor, with one user writing, “Thanks to him my daddy issues are worse. Thanks for nothing, Johnny Lee Miller.” “My brain is struggling to compute, how has super hot #JohnnyLeeMiller from #Trainspotting turned into ##JohnMajor in @TheCrownNetflix. And even more disturbingly I now think I have a weird crush on said #JohnMajor!” read another comment. “John Major must be delighted he suddenly got sexy,” another person commented.

So who was John Major?

John Major was the former Prime Minister of the UK and served as the leader of the Conservative Party from 1990-1997. Major followed after Margaret Thatcher’s controversial reign as the ruling PM, and was succeeded by the somewhat more successful Tony Blair.

During his period as the Prime Minister, John Major was credited with privatizing the railways, introducing Council Tax instead of Poll tax, among other things. After suffering landslide defeat in the 1997 elections, Major gave up his seat and decided to pursue other interests, including business and charity. Major was famously known as ‘Honest John’ in the press for his gentle and polite manners. 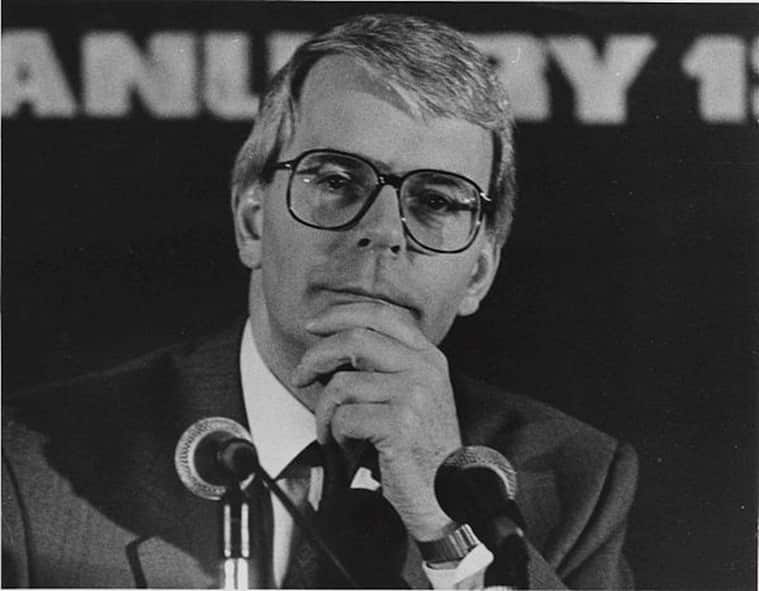 While he now might be a sensation among audience thanks to The Crown Season 5, the prime minister himself is not so impressed with his portrayal on screen, and has called it a ‘barrel-load of nonsense,’ reported The Guardian. The statement emerged post reports that the show suggests King Charles lobbied with Major to oust his mother, Queen Elizabeth II as the queen. Meanwhile, a Netflix spokesperson was quoted as saying by the publication, “Series five is a fictional dramatization, imagining what could have happened behind closed doors during a significant decade for the royal family – one that has already been scrutinized and well-documented by journalists , biographers and historians.”

In the Crown Season 5

In the show, John Major is seen being his congenial self while worrying over what would happen if Prince Charles and Princess Diana part ways, fearing some kind of widespread national unrest. He is later seen playing a key role in meditating a ‘quiet’ split between the couple upon the queen’s behest.